Three things that Memphis known for are being the home of Elvis Presley, being the city in which Martin Luther King, Jr died. and being one of the nation’s top three roughest cities.

Remembering from whence it came, Neighborhood Preservation, Inc. strives to reclaim Memphis’s world-changing heritage before it vanishes, one building at a time.

It is beginning with Clayborn Temple. Clayborn Temple is not only one of the oldest buildings in Memphis but it also carries the historical significance of being the gathering point of the last Civil Rights march Dr. Martin Luther King, Jr. ever led.

Beginning in February 1968, each day at noon, sanitation workers would gather at Clayborn Temple to march downtown in protest to working conditions and salaries.

Original stained glass window that graces the front of the church. 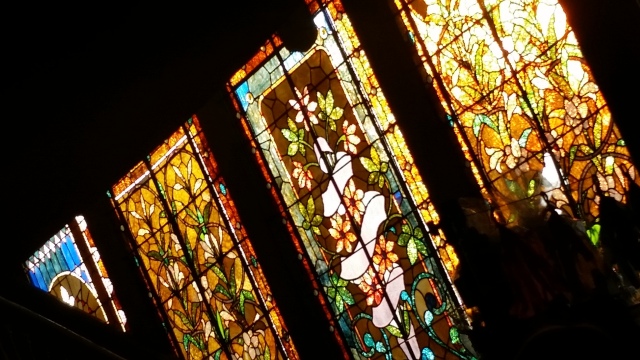 It is during one of those marches to downtown Memphis,  Rev. James Lawson proclaimed, “For at the heart of racism is the idea that a man is not a man, that a person is not a person. You are human beings. You are men. You deserve dignity.”

This banner which hangs from the balcony expresses the legacy of Clayborn Temple, to worship and to save

Clayborn Temple is a piece of heritage that Memphis cannot allow to vanish.

These photos do not necessarily show what is happening above us, but when one happens to be in Texas during a streak of good weather with only clear blue skies to photograph, one must take inspiration to “look up” from a variety of sources. 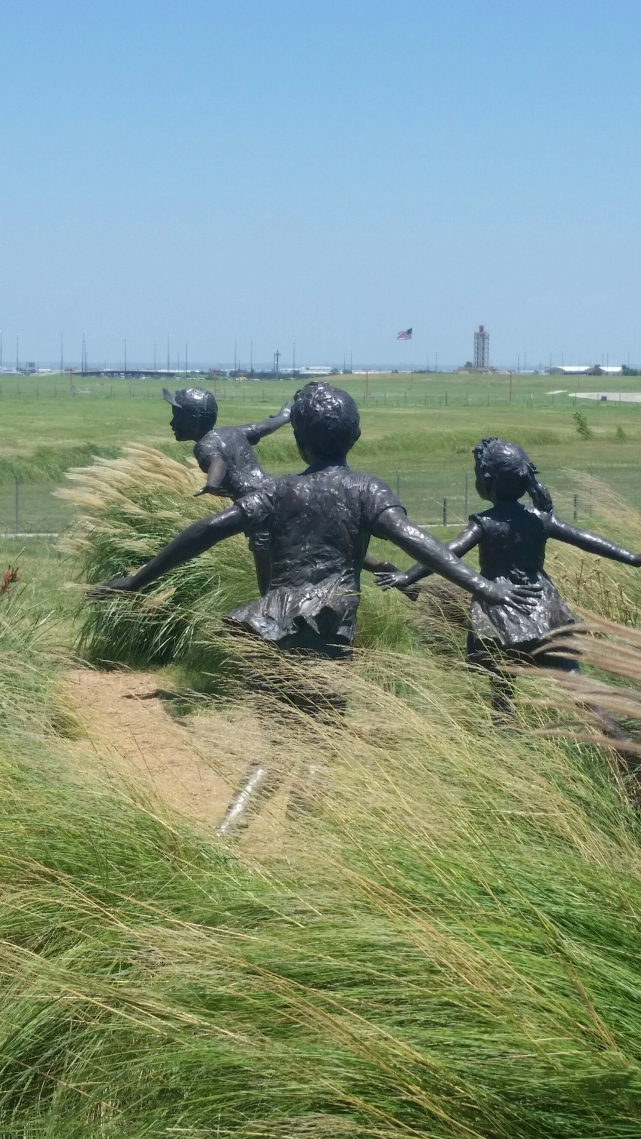 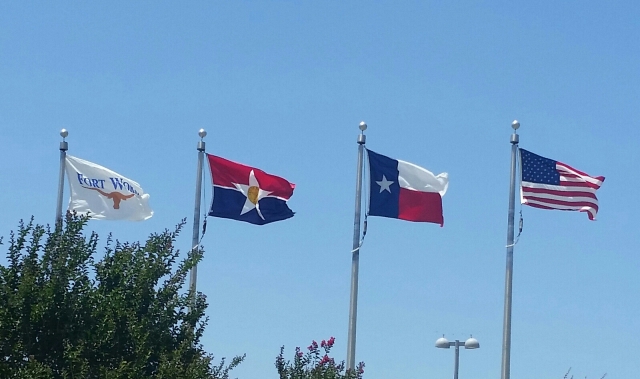 Flags of Ft. Worth, Dallas, State of Texas, and the United States of America flown over Founder’s Plaza, Dallas Airport

Whether following the lines of a canopy, pretending to fly, admiring patriotism, or getting your hopes up for something delicious, there is always a reason to look up!

Yay! It’s summer break! Time to load up the kids and go to Memphis!

My kids love to play at Shelby Farms Park‘s playground.  There is so much to do, and every year they add more features.

The playground is divided into three sections. The first section is for younger kids and has a water and sand feature. The slides are awesome.

The second section is all about swings and teeter totters. My kids love the balancing swing. 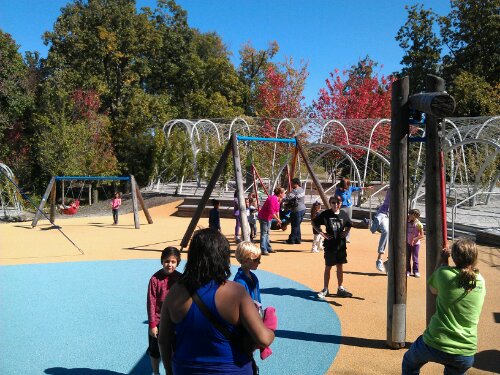 The third part of the playground is all about the tree house nest. 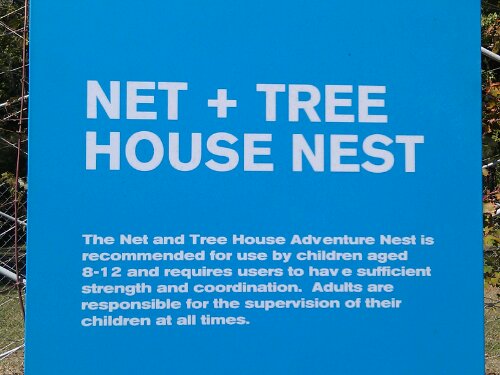 The kids have to balance on the net as they crawl up to the tree house nest. The net begins close to the ground and gets higher the closer they get to the tree house. My kids like the challenge, and it’s a good work out for them, too. 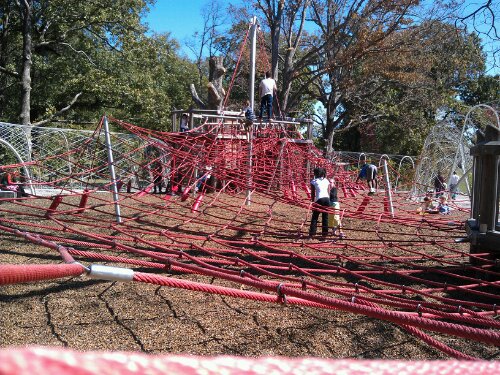 Shelby Farms Park’s playground also has a dog park close by, so all members can enjoy the park together. It also has walking trails, boating, and horseback riding. Check out all you can do by clicking here.

There is always something to do around the Memphis area that doesn’t break the bank and is safe. The kids and I already have plans to bike some of their trails, rent some paddle boats, and go see the buffalo.

On June 20, 2016, something very historic happened. June’s full moon (dubbed the Strawberry Moon by the Algonquin tribe because it signaled when to harvest the wonderfully red, juicy fruit) appeared on the same day as summer solstice, the longest day of the year.

This hasn’t happened in over 70 years.

This will not happen again until 2094.

This most definitely was a once in a lifetime chance for both my kids and me, and we got to experience it together.

It started out hiding behind the clouds. 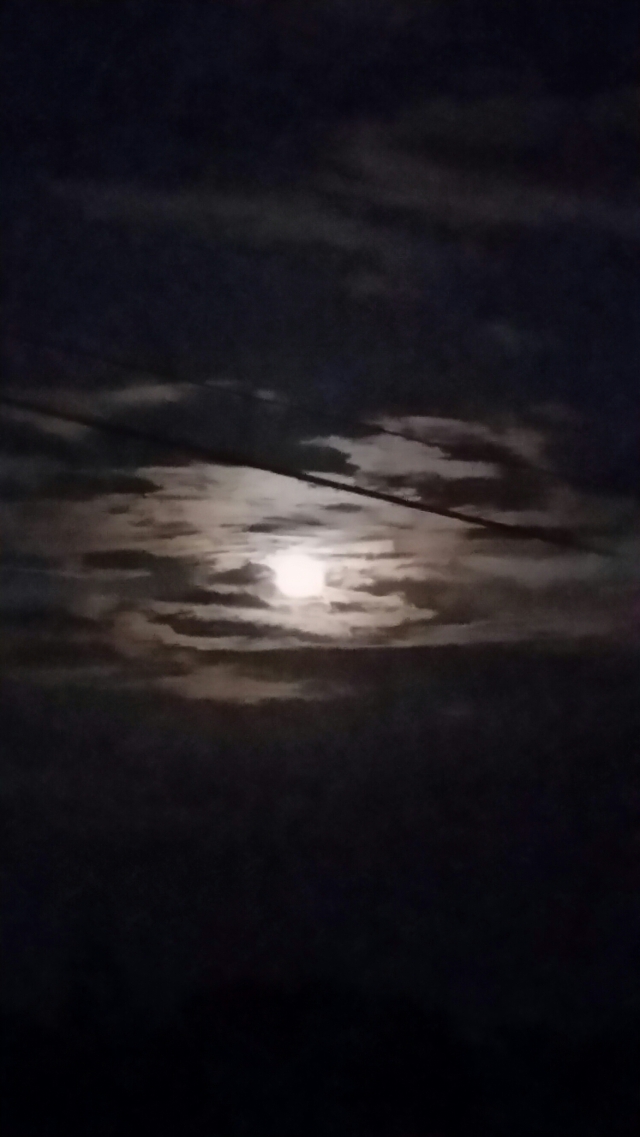 From time to time over the next 15 minutes the silvery devil would peek through.

The kids and their friends joined me on the curb. They will not experience this again until they are in their 80s and with their grandchildren. 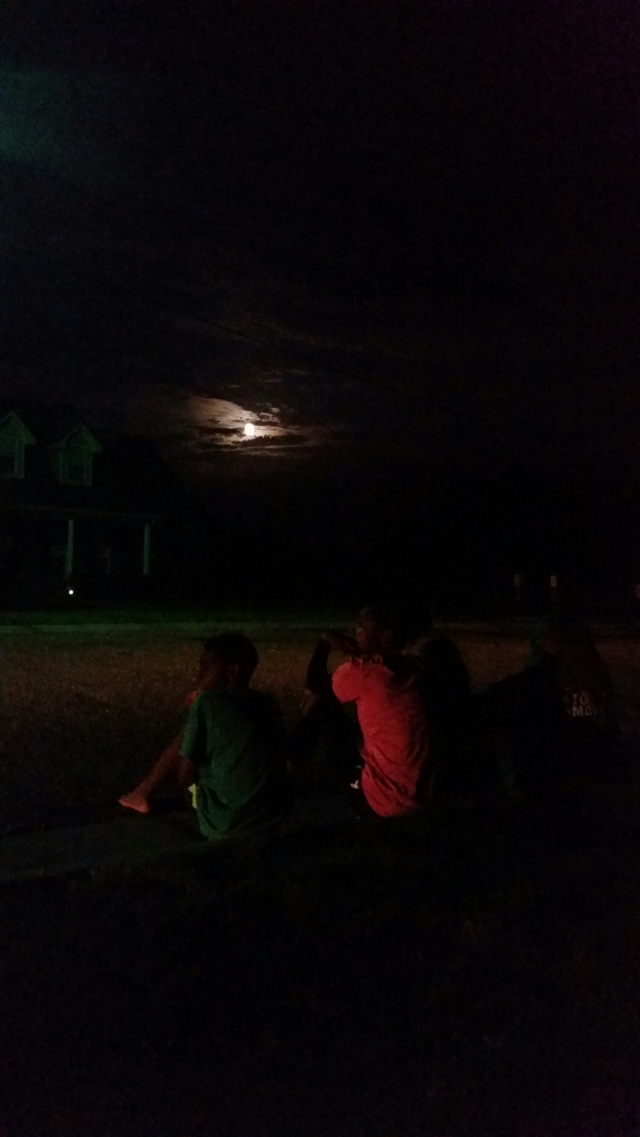 And then there it was, big and beautiful and historic!

I love my life in Tennessee.

I love my job.

She was the nicest dog I have ever met. She was calm, quiet and great with the kids. I wish we could have kept her.

My children play basketball in a church league. Every year, the league gets discount tickets to a Memphis Grizzlies game. We opted out the last few years because we couldn’t get them to sit still during a 90 minute Pixar movie, so we knew there was no chance of them sitting through an entire NBA game.

We decided to try it this year, and we were glad we did. It was a lot of fun, and the kids enjoyed themselves, too.

We were in the nosebleed section. Probably one of the reasons the tickets were so cheap. 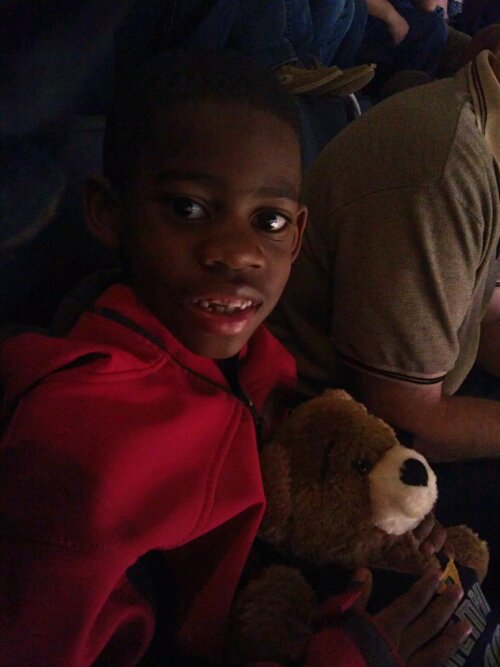 Wee Beasty with his Grizz (Build A Bear).

Some action shots as experienced from the nosebleed section. 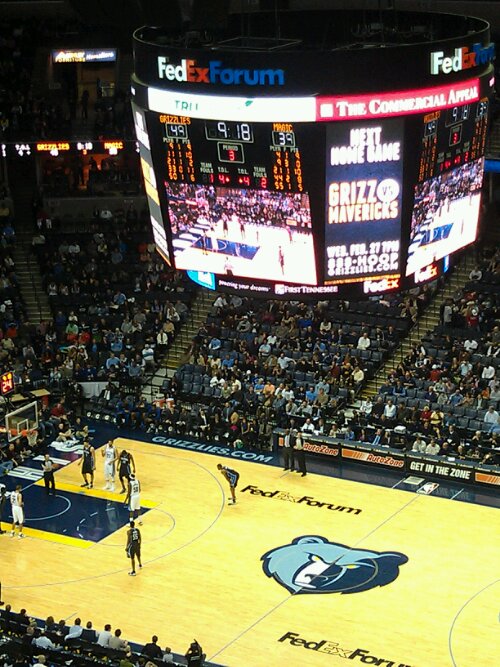 Free throw shots. I was astounded at how many free throws an NBA player misses. I was 100% my senior year in high school. My coach made us run wind sprints until we puked if we missed free throws. Food for thought, NBA.

A non-action shot as experienced from the nosebleed section.

Dude! Sit down! It’s hard enough to see from up here without you blocking my view.

And for a special treat, we stayed for the after-game show.

Bishop Hezekiah Walker! We moved closer to the court, but not much closer. The kids fell asleep, but Momma was jammin’!